Eight members enjoyed fabulous weather and an excellent days birding with 59 species of bird seen.  We started optimistically by visiting the Reedbed Screen hoping for Bittern and Bearded Tits but as is generally the case, we were unsuccessful.  Back tracking into the main part of the reserve, the abiding memory was of ‘wall to wall’ bird song with the warmth of the sun on ones back just adding to the enjoyment.  While most of the sightings we made were of fairly common birds, we did see a Mediterranean Gull, a blackcap and Willow Warblers which were readily spotted throughout.  In addition to the birds, a stoat was seen and also peacock and tortoiseshell butterflies along with a single orange tip.  After lunch optimism levels were still high so we tried the Reedbed Screen again but to no avail.
At about 14:30, the group moved to the neighbouring reserve of Broomhill Flash.  Sadly, the new double decker hide is not yet complete and even more disappointing was the lack of any avian interest.
At that point, the majority called it a day, leaving 3 stalwarts to visit nearby Wombwell Ings.  Although prone to disturbance by dog walkers, we nonetheless saw 28 different species of which a Wheatear, House Martin and Skylarks were new to our list on top of which we also had good views of 5 Little Ringed Plovers. 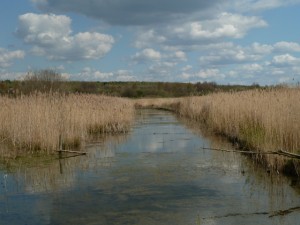 From the Reedbed Screen 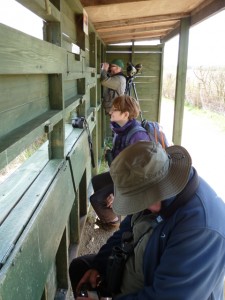 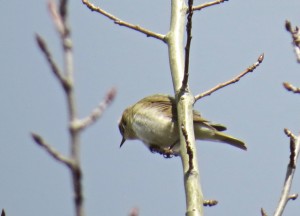 One of the many Willow Warblers posing for the cameras 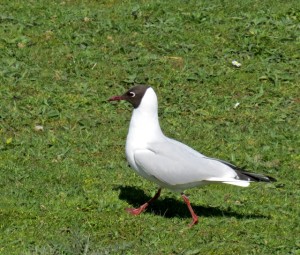 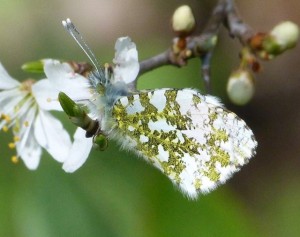 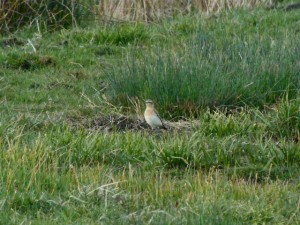 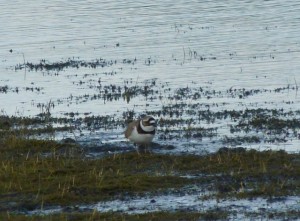