Gorgeous weather had been booked for this trip and it duly arrived.  Nine club members had a great time exploring (some for the first time), the hidden treasures of this reserve.  In all, 44 different species of bird were identified and at least six different types of butterfly.  A healthy discussion was had on the finer differences between Willow Warblers and Chiffchaffs and it was pointed out to one member that reliance on song would be inadequate as he experienced increasing deafness with advancing years.  Typical of this time of year was the bird song with all in fine voice.

The stars of the show for most folks included the large numbers of Yellow Hammers and Linnets, a Kingfisher spotted by a particularly alert Pete Birley, a Wheatear, a Grey Wagtail and for many of us, sightings of the first Swifts of the season.  The raptors also put on a good show with frequent views of buzzards including a pair that were demonstrating courtship behaviour, three occasions when a Sparrowhawk circled the reserve, a Kestrel put in a late appearance and finally fabulously close views of a Peregrine which cruised on a thermal above our heads. 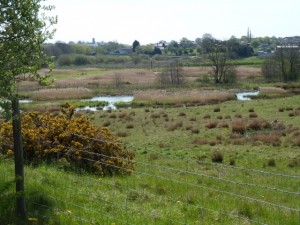 View over the Reed Bed 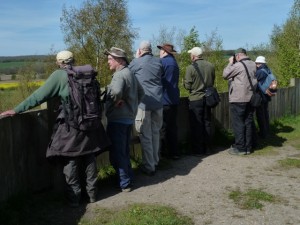 One of the watch points – a good place to see Linnets 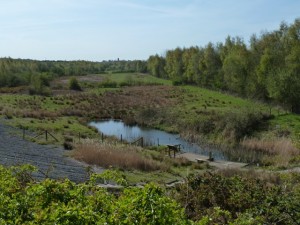 From the watch point looking over one half of the reserve 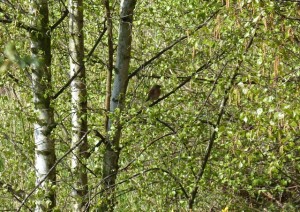 Not very good photo of one of the Linnets