5 members attended, although possibly more to support the trips organiser than with any great expectation of good birding.  However, the faithful were richly rewarded with 33 bird species recorded and the pleasure of being surrounded by a profusion of wild flowers.

The highlights included the large numbers of orchids, kestrel, peregrine and 3 buzzards, 5 species of warbler, swifts and all the common hirundines, 5 little ringed plovers plus several oyster catchers.  In addition, we were constantly serenaded around the reserve by skylarks, reed buntings and yellow hammers. However, the star of the show had to be black necked grebes.  We spent ages trying to photograph them and eventually they did get quite close.  On the most distant easterly lake there were three adults while on the middle upper lake, there were three adults and a chick (see photos).

All agreed this trip to be a resounding success with members determined to independently visit it in the future. 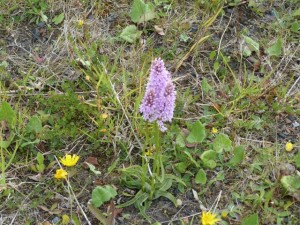 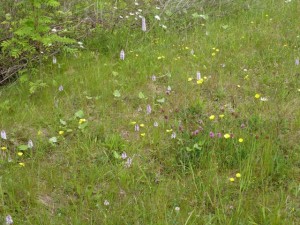 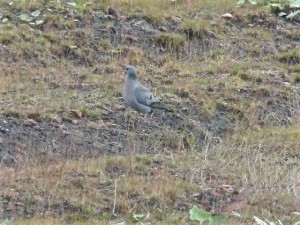 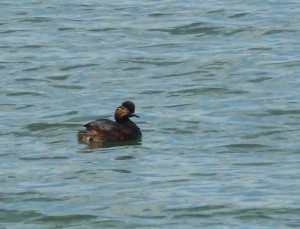 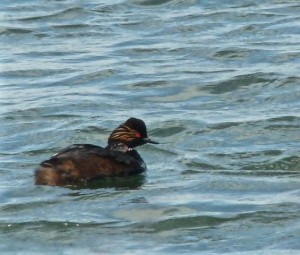 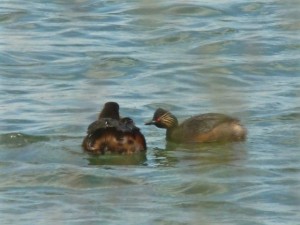 And getting fed into the bargain