Ten members arrived on time at 08:30 at Budby Pumping Station car park in spite of the heavy traffic. The weather was fine, although with strong winds forecast, the leader wasn’t optimistic that we’d see any Woodlarks. However, as we walked towards the Common, Skylarks were singing in the fields and we also got good views of Red-legged Partridge, a stunning male Yellow Hammer and a flock of Fieldfare. At the tree line, a Siskin delighted those that caught a glimpse of it. Upon entering the Common, we were greeted by a Mistle Thrush singing and then, just faintly, but unmistakably, the descending notes of a Woodlark. After a further few hundred metres, it was as if they had woken up because we were surrounded by the calls and song of Woodlarks although they remained stubbornly hidden until one broke cover and flew hesitantly over us, singing and giving perfect views. As it turned out, that was the only one we saw. 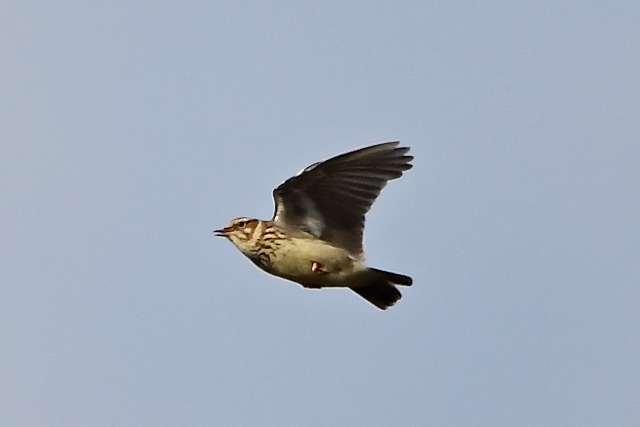 The group then decided that they fancied walking to the Major Oak on the off chance of seeing a Lesser Spotted Woodpecker and possibly a Marsh Tit at one of the feeding stations. Sadly, it was not to be, just a few common woodland birds being seen.
Emerging back on the Common, we were met with only the sound of the wind – the larks must have retired for their lunch! 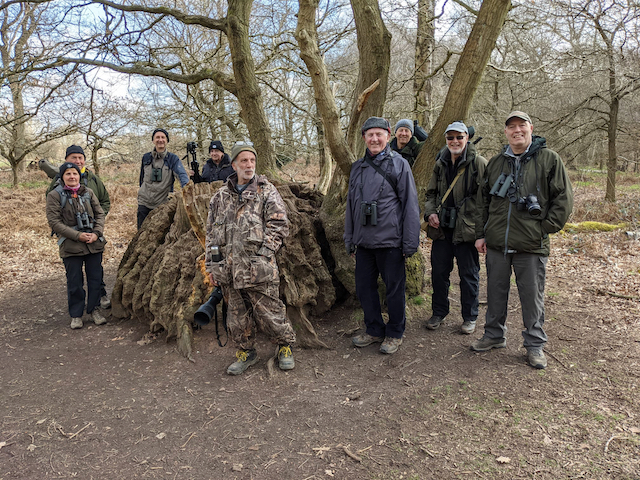 We then headed off to the Welbeck Raptor Watch Point, where we met up with another Ogston member who had intended to come on the trip but had mistakenly thought it was on the following day. Realising his mistake, Rob came straight to Welbeck and had quite a list by the time we got there. For us, sadly no Goshawks, a single Sparrowhawk, a few Buzzards but as some compensation, there was a Whooper Swan feeding in the adjacent field along with a flock of Mute Swans.
Some of us then finished the day by following Rob to Pebley Reservoir (near Clowne), where earlier in the day he’d seen a White-fronted Goose. Luckily it was still there when we arrived, accompanied by a couple of Pink-footed Geese and a female Goosander. An excellent end to a very good trip with 51 species identified. 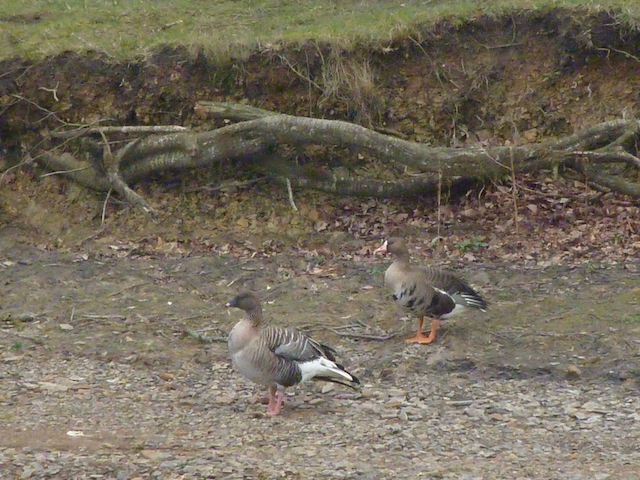 Photo of Woodlark thanks to Mark Weston, the group by Bill Padley and the Geese by Martin Kaye