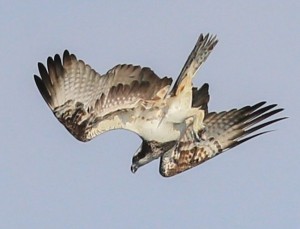 We had an amazing few weeks at Ogston with Osprey sightings being unprecedented. These hopefully being enjoyed by all. Certainly many people visited the reservoir keen to see these birds. Some never having seen an Osprey before. The sightings being regular and I don’t think anyone was disappointed. I showed a couple of new members around one Sunday afternoon and they were absolutely thrilled to see their first Osprey and watch it fishing. We now must wait and hope that they or some of them return from their wintering grounds in West Africa.

I think it is well known that one juvenile was identified by it’s ring. It is thought by the experts at Rutland that the Ospreys we have been sighting are Scottish. They have now a population who are needing to find homes at some point, and to breed. 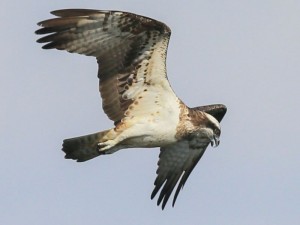 I would like to thank all those who have helped in any way, I am not mentioning names in case I leave somebody out. You all know who you are. Also to those valuable photos and accounts of sightings. Thank you all. I look forward to seeing more photos next year (hopefully). I also thank the Rutland project for valuable support and input. They believe that our hope of having breeding Ospreys in Derbyshire will be a success. I am told that once a male Osprey takes to our own nesting platform we will be successful.

This entry was posted in News & What's On. Bookmark the permalink.