Report on evening trip to Clumber 22nd May 2019

A full complement of 10 members enjoyed a warm evening in Clumber Park. Beginning in Hardwick Village, the group first heard a Cuckoo calling and then were incredibly lucky to see it posing at the top of a bush, long enough for all to get a close view through the 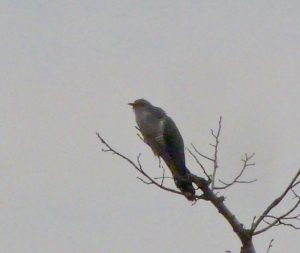 scope. Over the next 30 minutes we had several sightings of it flying around the area and perching. At the ford, there was lots of warbler interest with views of Sedge, Reed and, amazingly a Cettis Warbler which posed for a moment atop a hedge a few feet away. 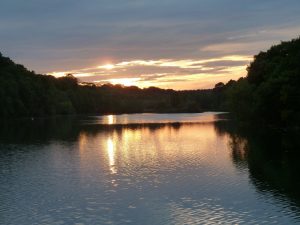 Just before 9:00 pm, with expectations high, we drove to the area for viewing Nightjars and at 9:30 pm our patience was rewarded by the first churring of the evening. Shortly after that a Tawny Owl put in a brief, silent appearance. A few minutes later we caught a glimpse of 2 Nightjars flying side by side, wing clapping and then a little later, a single bird swept over the clearing. After that we had to make do with some prolonged periods of churring and the odd call. Also, rather surprisingly, we saw no Woodcock.
All in all the group identified 39 species – not a lot but who can complain with Cuckoo, Cettis, Tawny and Nightjar?