Raining at 08:00 didn’t bode well so it was much relief that it had stopped when we arrived at the roadside park above Padley Gorge.  Ten members then set off across Lawrence Field Moor in rather dull conditions hardly daring to comment upon the improving weather conditions. Unfortunately, the birds were clearly unimpressed and with the exception of the odd Meadow Pipit, they remained absent/hunkered down.
Arriving at the area near the gate at the top of the ramp descent into the gorge, our luck improved with frequent and excellent sightings of Redstarts (both male and female, the latter a first for some), Tree Creepers, Stonechats and Spotted Flycatchers. A 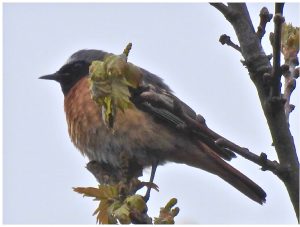 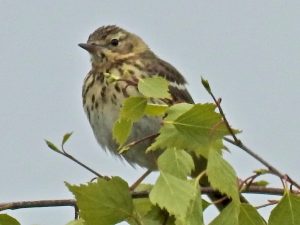 Sparrowhawk drifted across and a little later most of the group saw the Cuckoo fly over pursued by an ‘irate’ Meadow Pipit. 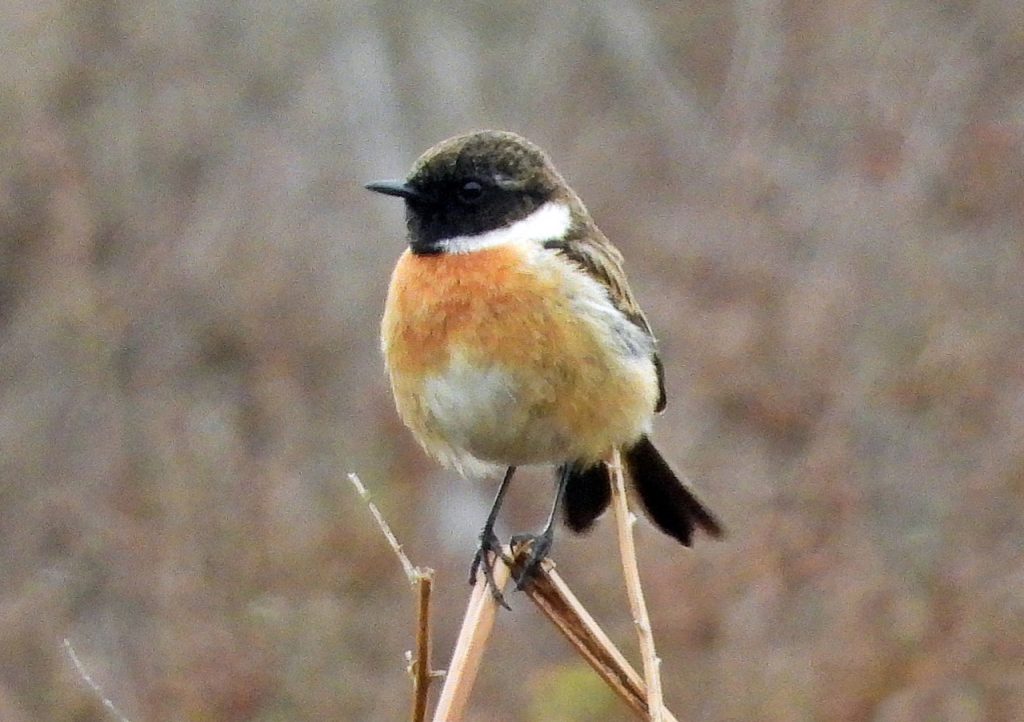 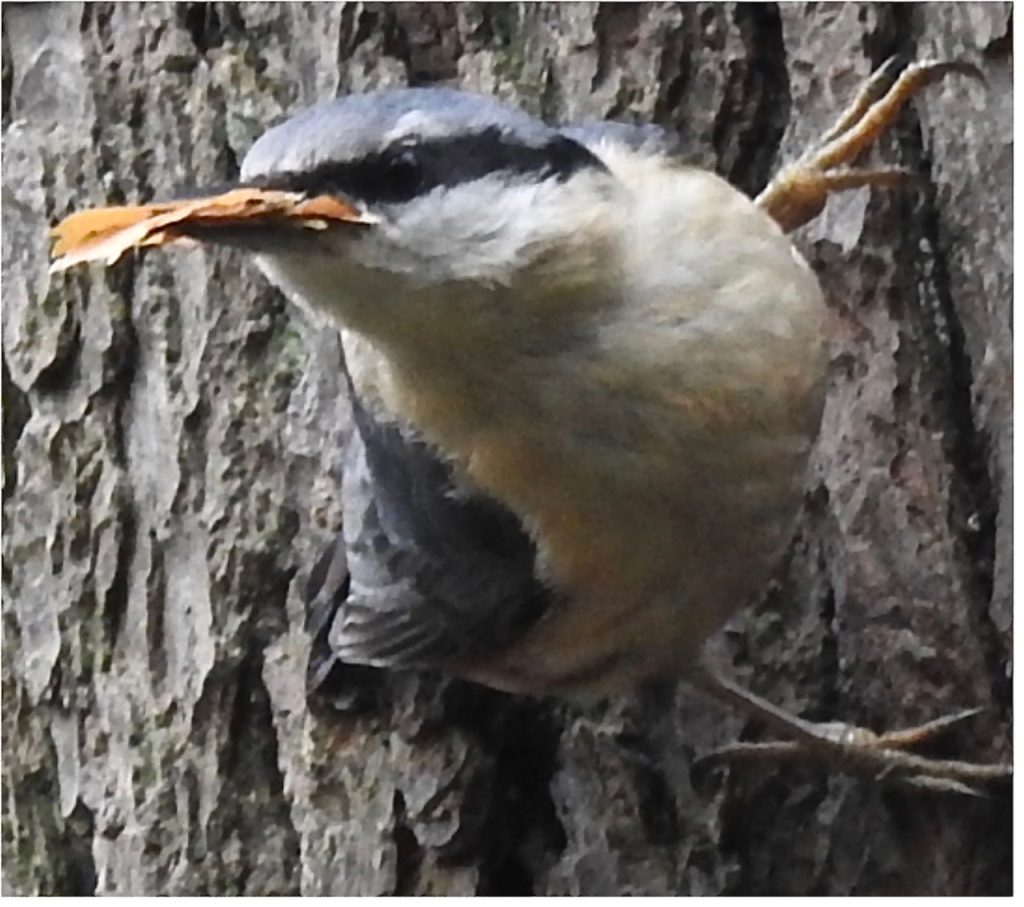 Unfortunately, sightings of Tree Pipits were difficult as they weren’t engaging in their flight displays, preferring to spend time feeding in the upper canopy. However, it was not until we descended into the gorge did we get to see Pied Flycatchers but then good views were gained by all. 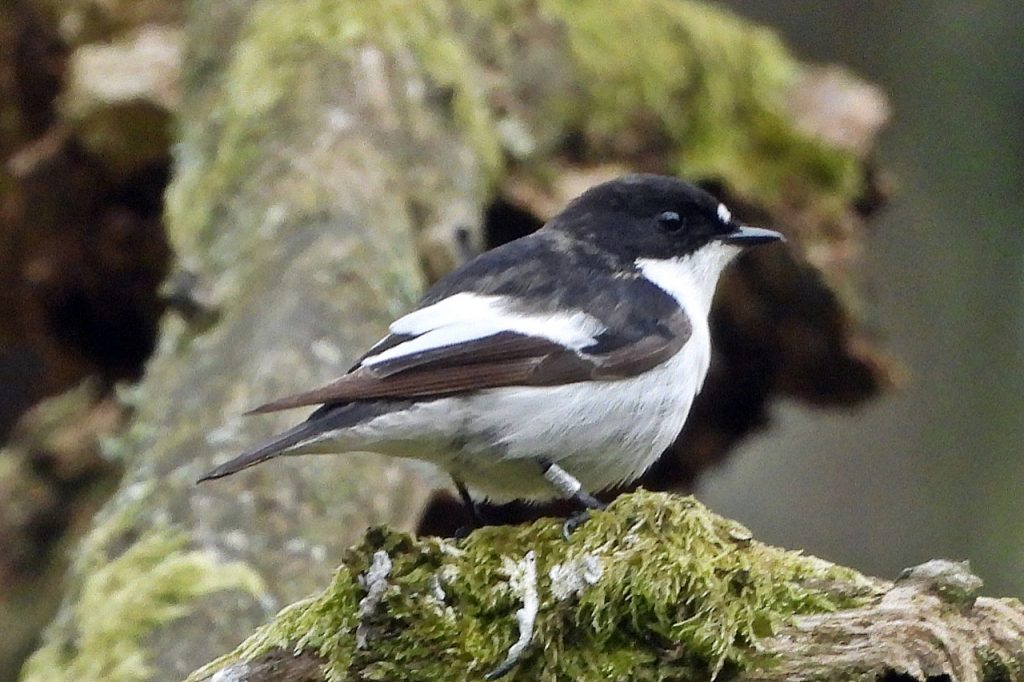 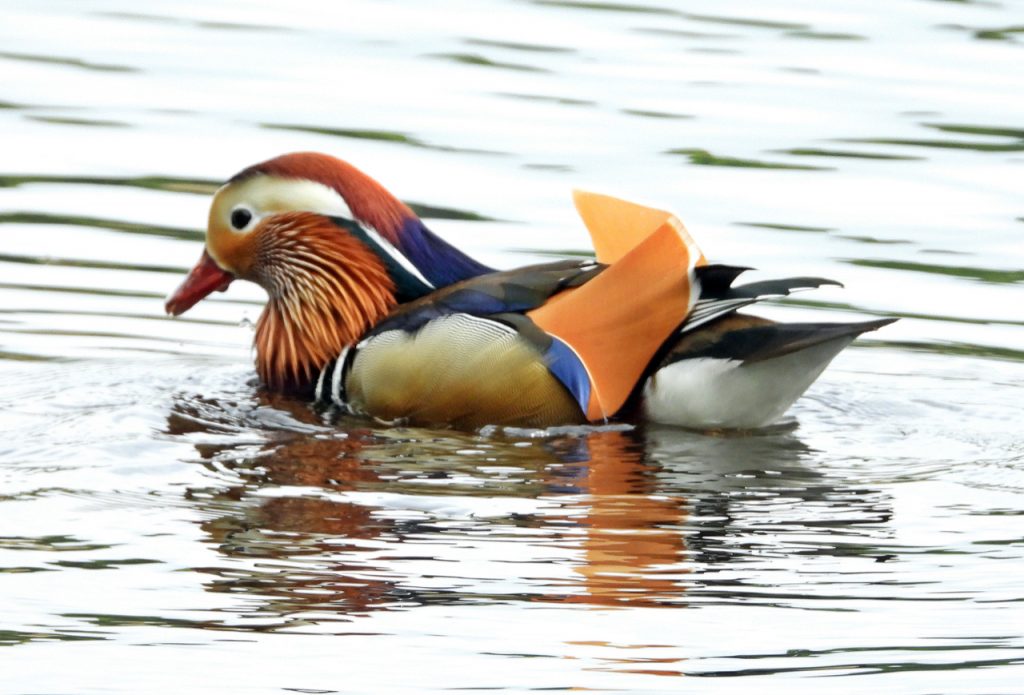 After lunch, a much reduced group had a walk around the Longshaw Estate but typical of that time of day, with little birding success (a male Mandarin and a Blackcap) but the group were able to seek some recompense in the National Trust cafe.
40 species in total including all the target species except Wood Warbler.  Thanks to Martin Smith and Steve Walker for the bird photos. 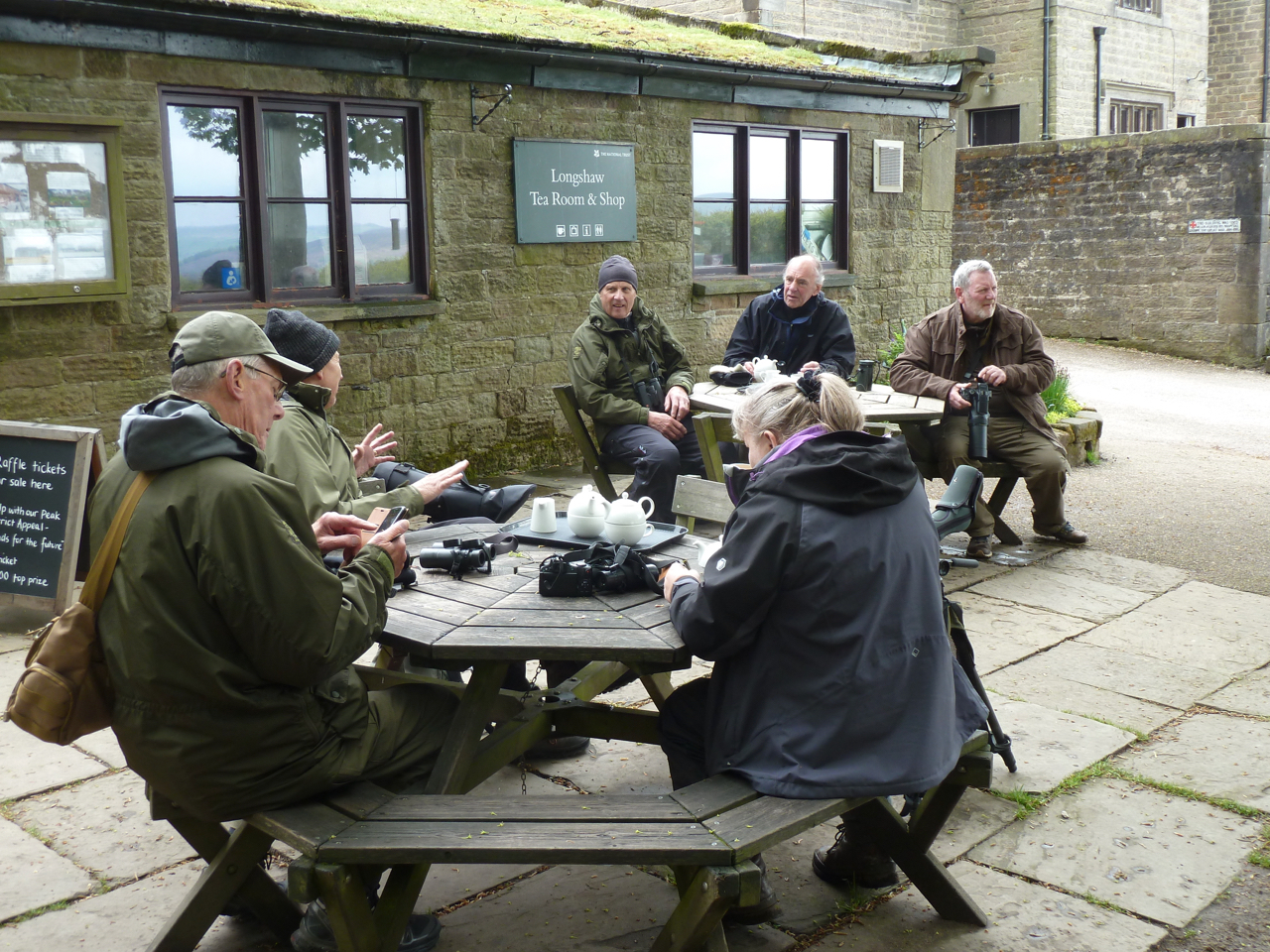 Recompense for a quiet afternoon