Nine members were well rewarded on the annual trip to Blacktoft with good weather and excellent birding. Immediately sightings of Bearded Tits were had from the visitors centre before we’d even had a chance to get properly started.  Juveniles or females were then seen from a number of the hides throughout the day.  Excitement rose when two Barn Owl chicks were spotted in the owl box. A closer inspection however, revealed them to be juvenile Kestrels.  Of the 43 species of bird identified, the stars (other than the Bearded Tits) were undoubtedly the Green Sandpipers, Ruff in a variety of plumages, Spotted Redshank still with considerable remnants of their summer plumage, a juvenile Water Rail spotted skulking in the reeds by Mr Conroy, three Greenshank and finally a flock of 6 Spoonbills which definitely didn’t skulk. The Marsh Harriers put on a grand display with both male and female birds flying by at closish quarters. A thoroughly excellent trip – Blacktoft never seems to let us down at this time of year. 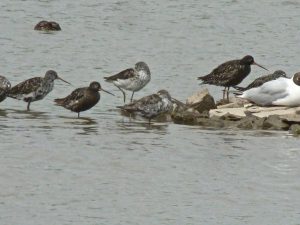 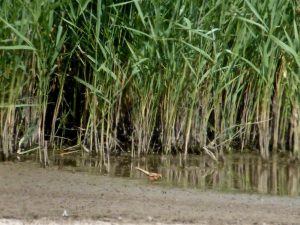 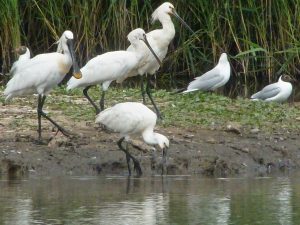