Report on Trip to Whisby & Langford Lowfields 17th May 2019

Nine members assembled in the car park at Whisby with the organiser counting his blessings that it had stopped raining and was actually brightening up. Walking through the early part of the reserve, an early disappointment at the lack of Mediterranean Gulls was made up for by the surround sound of warblers on full volume. However, that was where the organiser’s luck ran out because there was no sign of the main target species, the Nightingale. In spite of revisiting the expected site five times, there was no sight or sound of the little tinker. In addition, there was also no sightings of the other hoped for bird, the Lesser Whitethroat.  The attention of some of the members who had threatened the organiser with a ducking in the lake for this poor showing, was briefly diverted with the sighting of a lot of small black moths (later to be colourfully identified as Chimney Sweepers) and later by our botanical expert Jenny Johnson who was intrigued by a plant that she didn’t recognise (later identified as Spindleberry). Sadly the dedicated birders weren’t mollified for long. 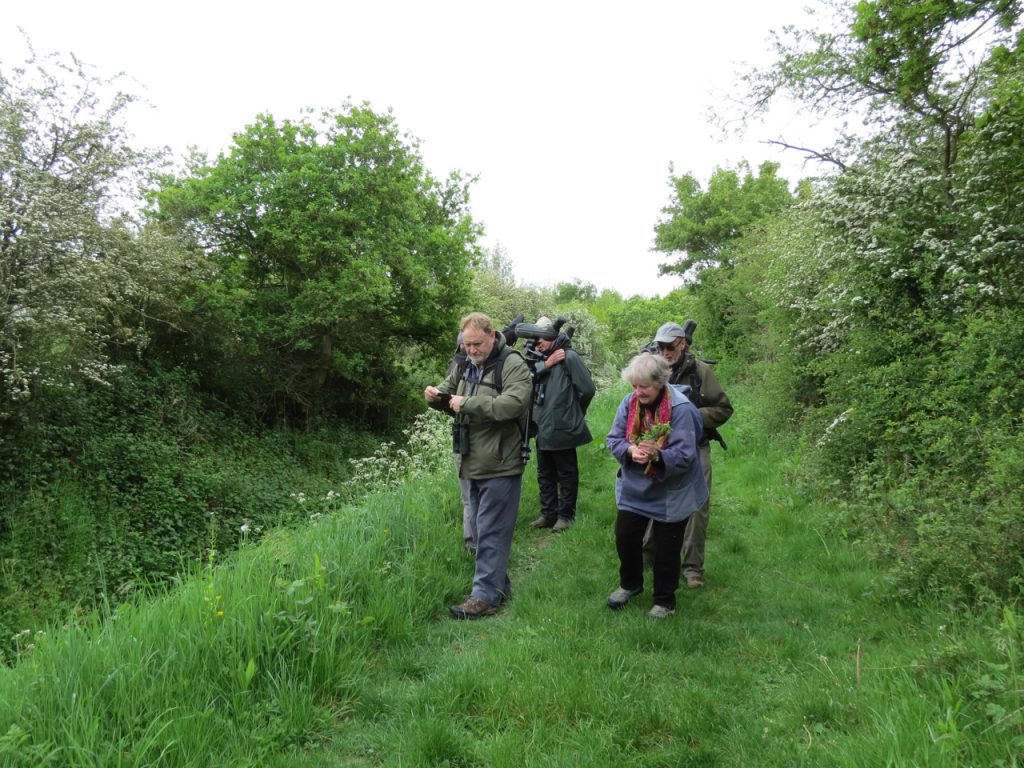 After lunch, we moved to RSPB Langford Lowfields where the organisers luck changed for the better. For a start the sun had come out and then at Avocet Lake not only were there 6 Avocets but also several Redshank and a Wood Sandpiper (a lifer for some). High overhead, 10 Hobbies were out chasing insect food.
On the main body of the reserve, the good luck continued with sightings of a Bearded Tit, Sedge and Reed Warblers, good views of three Black Terns and the sound of 2 booming Bitterns.

All in all it turned out a great trip in spite of a disappointing beginning – 56 species identified. Photos T Solman & M Kaye