12 folk turned out for this tip, 10 of whom made the 07:30 start braving the cold. However, this was richly rewarded when after only 10 minutes, 7 Hawfinches flew in and stayed for about 20 minutes giving good views. To increase the level of 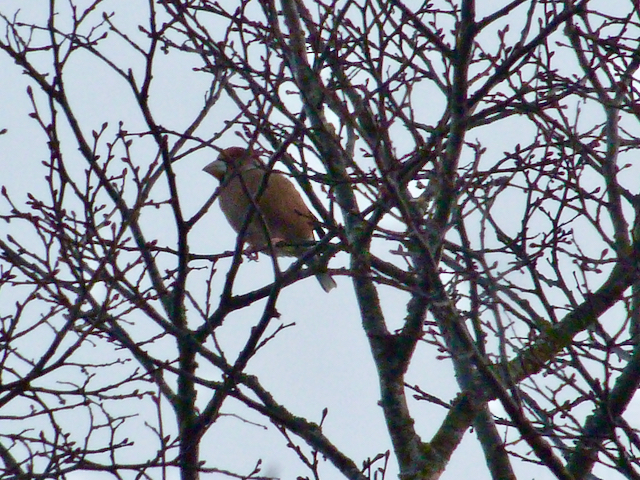 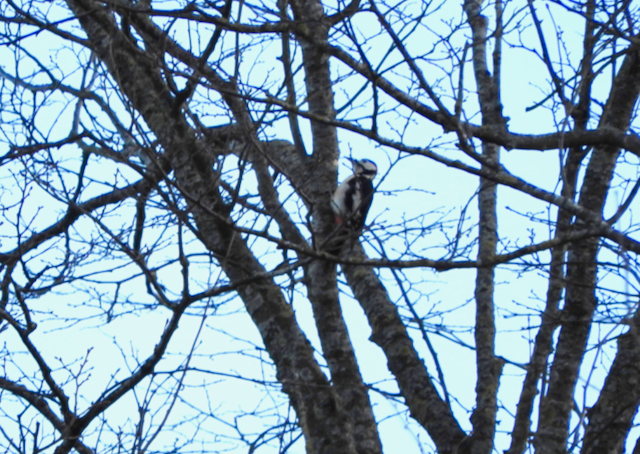 entertainment, they were joined by a Redwing and a Great Spotted Woodpecker. Walking down to the lake, Rob Hewison spotted a Kingfisher (he must have some special relationship with these birds because it was he who picked up a duo of 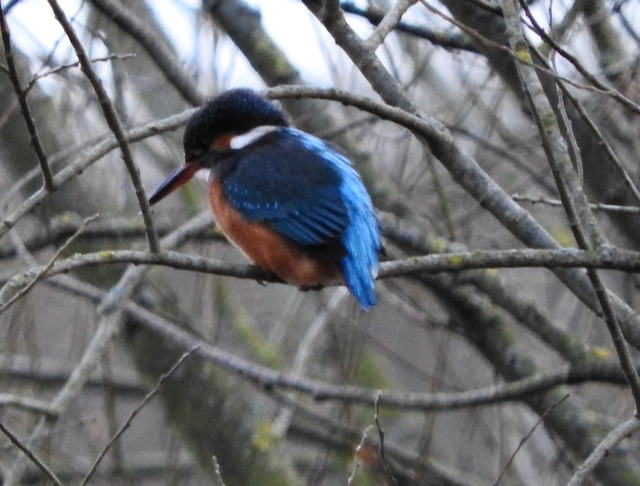 Kingfishers on the last trip to Rutland Water. On the water there were a few Goosander and a Pochard plus more common species. One of the other target species, the Marsh Tit, seemed to be particularly elusive but after a bit of a wait, some of the group had a two second glimpse of one. 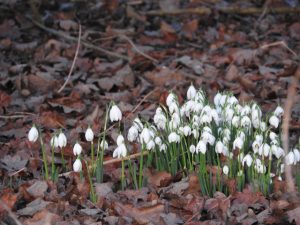 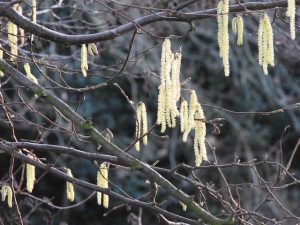 Some of us then moved on to Budby Common, had a fair walk but other than a single male Stonechat, it was very quiet.
Finally, we moved on to the Welbeck Raptor Watch Point where we eventually got good but very distant views of Goshawks, a first for some. On one occasion, there were 2 pairs in the air.