Eleven folk met up at Frampton at 10:00 a.m. and enjoyed a full day at the reserve in glorious sunshine. Sadly we didn’t manage to see the Buff Breasted Sandpiper (but then no one else at the reserve that day did either). We did however manage to clock up a tally of 62 bird species (and this with no one going down to the shore) with Ken James being victorious in the sweep stake. The highlights included the following: fabulously close up views of 4 Curlew Sandpipers (see digiscoped photo) which were often close to Dunlin allowing a comparison of these two birds which appear so closely 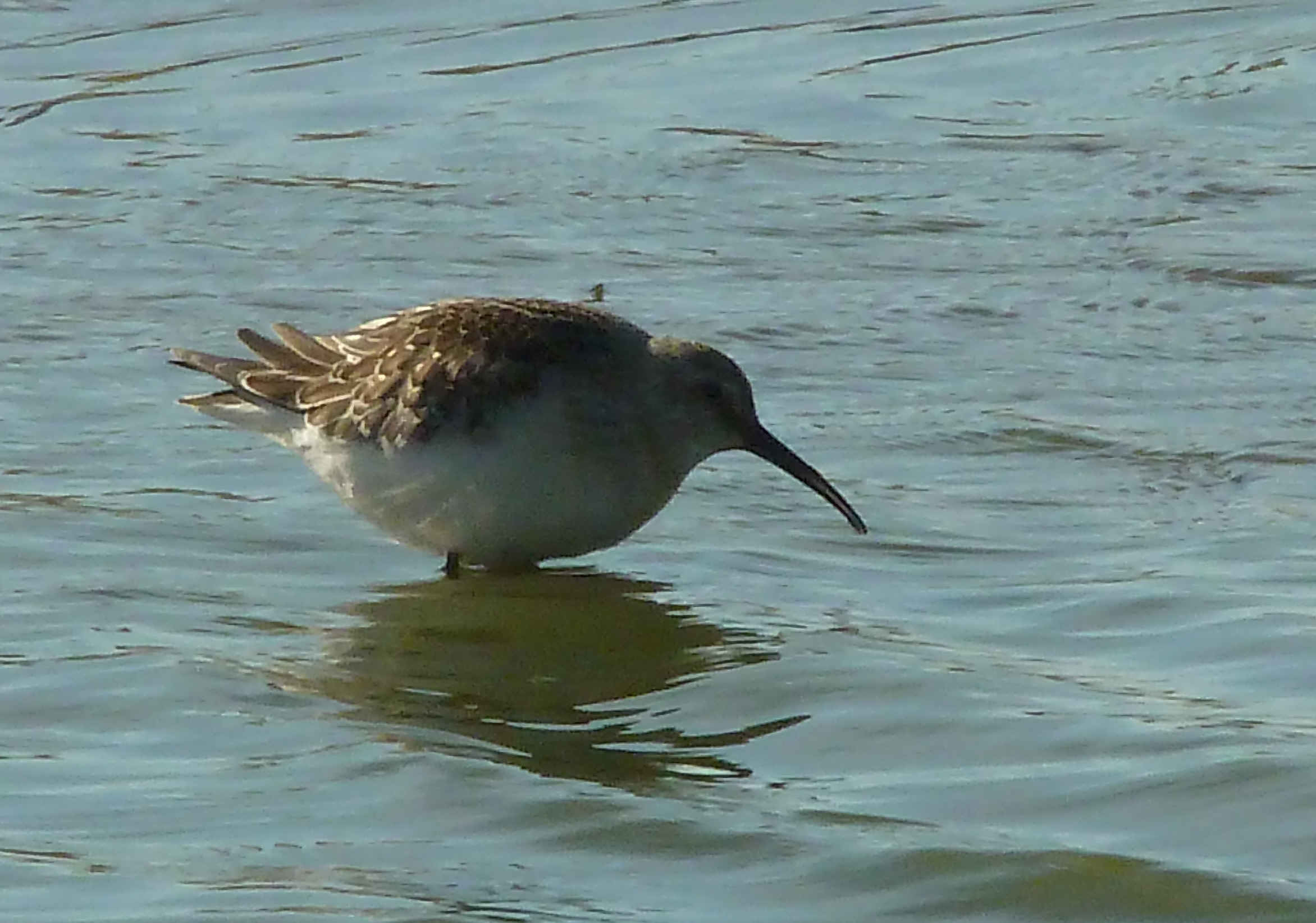 similar at this time of year. Other crowd pleasers included the Little Stint and the 4 spotted redshanks.

The reserve being of great size, also offers the possibilities of playing host to spectacular numbers of birds. Currently there are huge numbers of Wigeon, Black-Tailed Godwits (photo showing one in non-breeding plumage) and Brent Geese, the latter carrying out spectacular fly pasts periodically throughout the day. 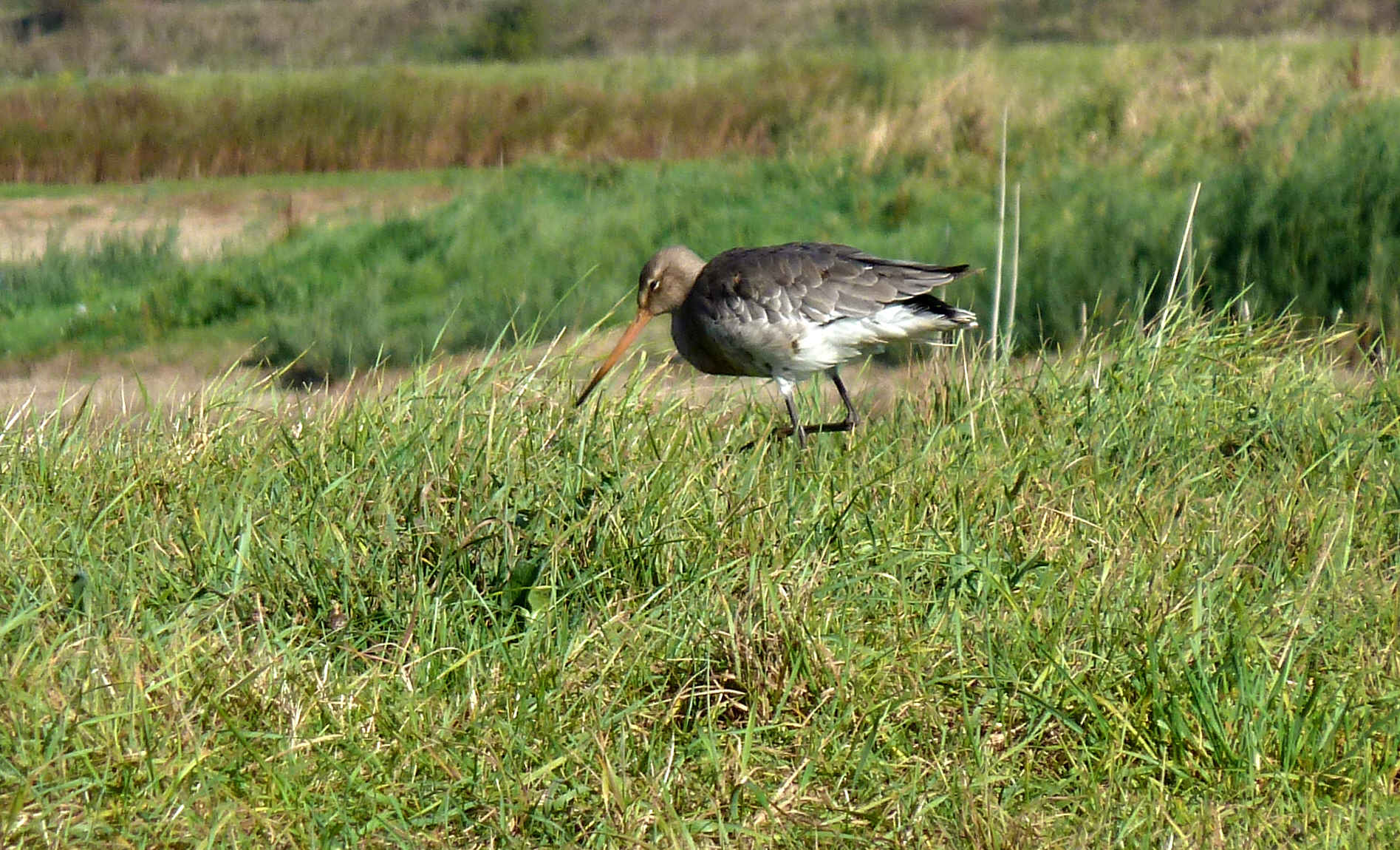 Also on the numerous side come late afternoon were the Starlings, making one wonder whether Frampton might be heading for a bit of a mumuration this winter. Other birds of note included a kingfisher, a yellow wagtail, a couple of Marsh Harriers and a female sparrow hawk which did its damndest to bring down a Ruff but fortunately for the waders, failed in the attempt.
Besides the birds, the warmth brought out a lot of dragonflies which, while the majority were Common Darters, it was pleasing to see a Southern Hawker still around.