The first trip since the lockdown restrictions were eased benefitted from glorious weather, cloudless skies and only a gentle breeze. These factors probably resulted in 16 members turning up (a record number in recent years) and also perhaps, contributed to their enthusiasm to make the trip an all day affair and go with the leader’s suggestion to extend the walk to ‘about’ 5.5 miles. In spite of the sunshine, the air was distinctly chilly resulting in all donning ‘winter’ gear, which was later regretted as the temperature rose (especially on the uphill sections).  Note – in compliance with the rule of 6, three groups were formed.
Now in the past, the leader has been criticised for not delivering on the target birds but this time, his critics were silenced after about 100 metres with a sighting of a calling Ring Ouzel. 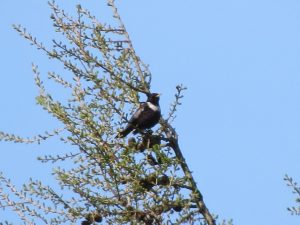 On the initial part of the walk we were surrounded by the song of numerous Willow Warblers, while up on the moor, this was replaced with that of the Curlew, Meadow Pipits and the occasional Skylark and Red Grouse. In addition, we had fairly close views of a 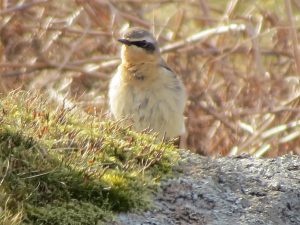 Wheatear and of a distant Raven. At the foot of Stanage Edge, another Ring Ouzel was spotted and a Twite and a Golden plover were heard by two of the party. The groups then made a gradual descent to the ‘Long Causeway’ track descending from Stanage Pole where refreshment was had 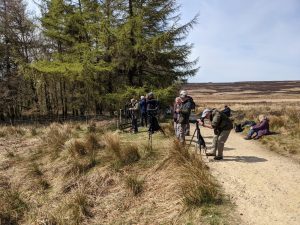 while watching a pair of Stonechats and a Buzzard circling on the thermals. A quiet section of road walking was enlivened with close views of Curlew, Tree Creeper and yet another Ring Ouzel, serenading us from the top of a prominent tree. Lunch was taken on Bamford 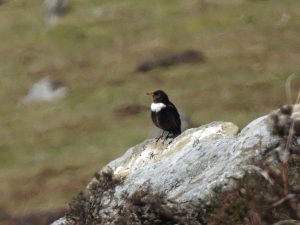 Edge with stunning views over the Derwent Valley. Following the break, we again had excellent views of yet another Ring Ouzel while a couple of members also managed a distant sighting of a Goshawk cruising down the valley. As a final bonus toward the end of the walk, we 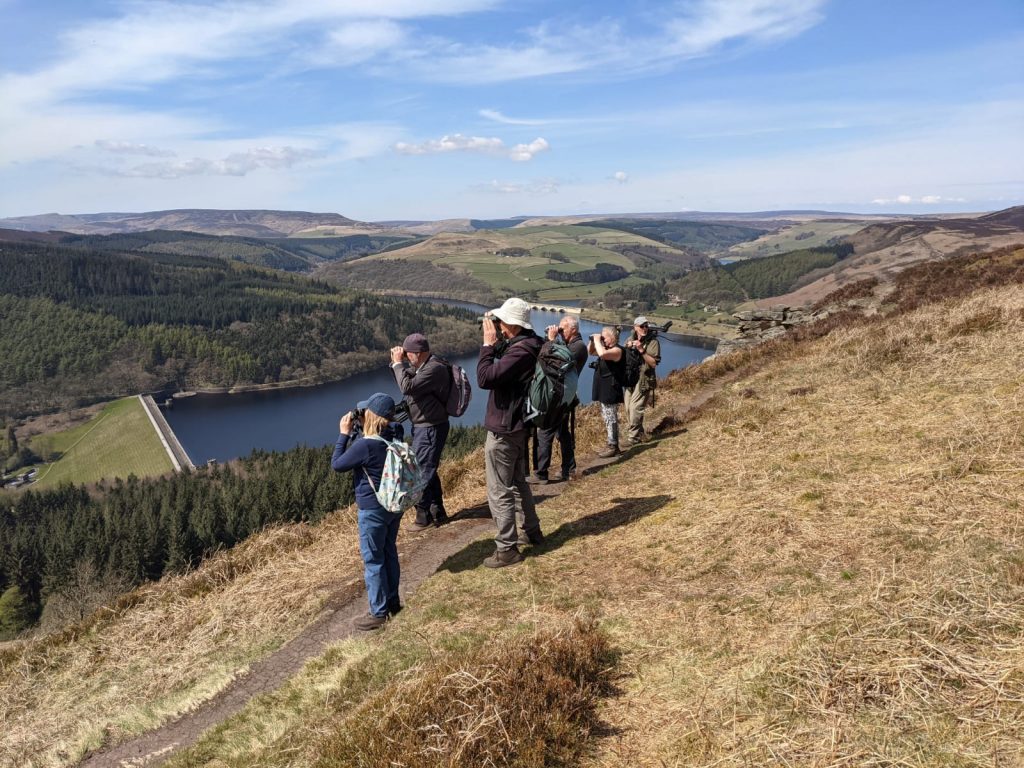 had good sightings of a Red Kite, Siskins and a single Lesser Redpoll.
Total 33 species plus a Common Lizard. Photos thanks to: Tracy Solman for First Ring Ouzel and Wheatear, Robin Potts for Bamford Edge Ouzel and Bill Padley for the people shots.