Eleven members had a rather abbreviated trip due to the leaders inability to make the earlier, insane time of 07:30 (which many seemed quite pleased about). Instead, we met just before 10:00 and after a brief chat to the reserve’s manager who explained some of the developments that were in progress, we got onto the reserve and headed for the Reed Bed Hide where Jack Snipe had been seen in previous days. The wind was unfortunately quite strong which might have been good for the local turbines but rubbish for spotting Bearded Tits. From the hide we had good but distant views of a Green Sandpiper and a juvenile/female Marsh Harrier put in an appearance to which a pair of local Crows objected too most vigorously. Then one of the ‘locals’ spotted a Jack Snipe. After a few anxious minutes, everyone managed to get a sighting of this skulking bird. However, as time passed it did emerge from the reeds and gave good views of the dark stripe down the centre of its head and its split supercilium. Turning its back on us revealed the broad and very bright yellow back stripes. 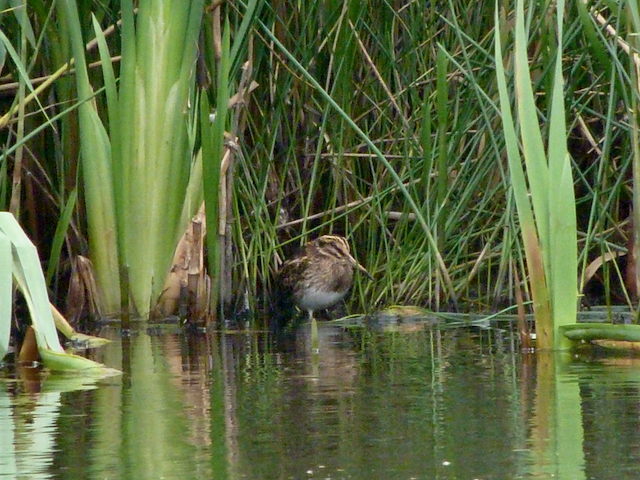 ‘Jack Sniped’ out, we moved on and while some went back to the cars to collect lunch, the rest of us moved to the brand new family hide. Here we had sighting of a single Pintail but 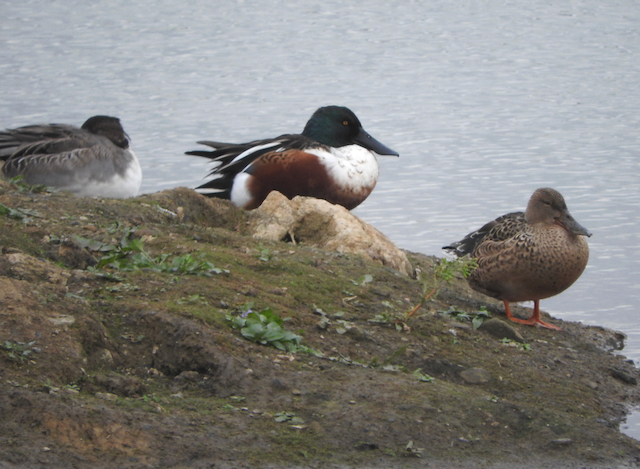 Pair of Shovellers and a sleeping Pintail

the main entertainment came courtesy of a juvenile Peregrine which made a number of failed assaults on the surrounding bird life on the Mere. On one occasion, as it passed over the distant trees, a couple of angry Buzzards flew up and flashed their talons at it. 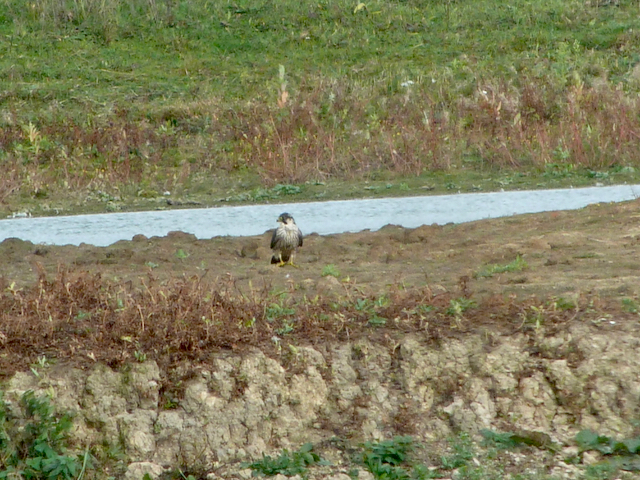 Fed and watered, the group moved on to the Wath Ings Hide where sadly, and rather surprisingly, there was little of note although one sharp eyed spotter picked up the flash of a Kingfisher.
All in all, a bit quiet although with some memorable highlights – 44 species all told.
Photos taken by Joyce Sawford and Martin Kaye