12 members enjoyed both a discounted rate to enter the reserve and reasonable weather although a tad windy.  All in all, 56 species were seen, 4 down on that clocked the last time we ran a trip here but this time the reserve seemed to have fewer birds which might have been down to the wind causing them to hunker down. Birding began in the car park beginning with a Red Kite (more than ever before, this species seemed to be omnipresent) and a Goldcrest. After signing in, we spent a good half an hour on the the first floor of the visitors’ centre with its splendid view over Lagoon 1, sighting Dunlin, a Stonechat, Great White Egret, huge flocks of Lapwing and Golden Plover and lots of elegant Pintails. From there we moved straight to the Dunlin Hide which overlooks Lagoon 4 from where we had good but distant views of 3 drake and 2 female Smew. 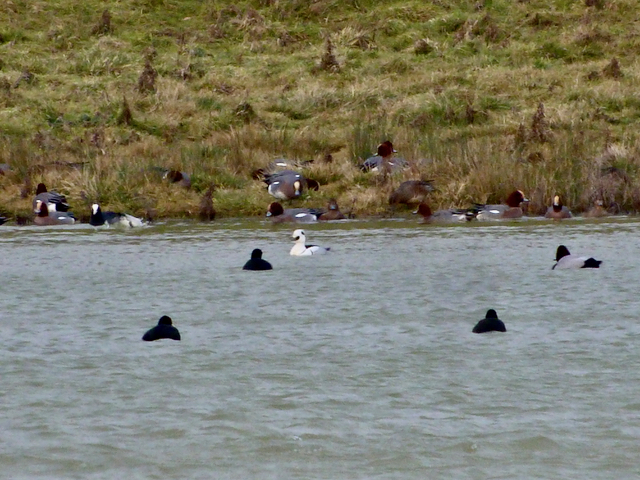 (the leaders second favourite bird). Sadly though, there was no sign of any Scaup and although we tried, all female Scaup turned out to be Pochards. 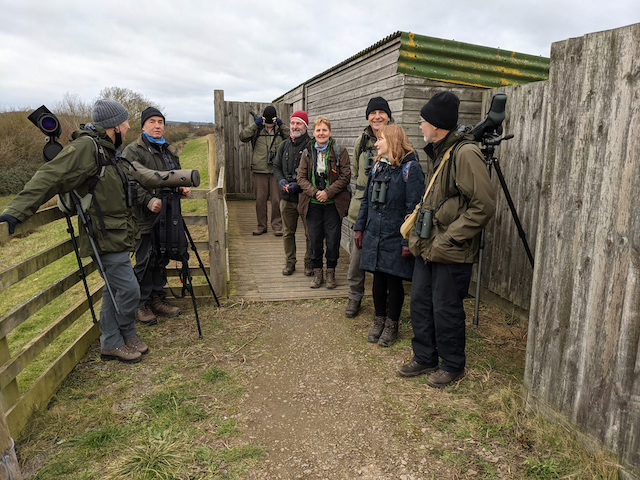 Most of the group outside Dunlin Hide

We then moved to the Shoveller Hide overlooking Lagoon 3 where the effect of the wind was very apparent with what birds there were, clustered to the westerly edge sheltered by the reeds. However, entertainment came in the form of 2 Kingfishers, a posse of 12 Snipe 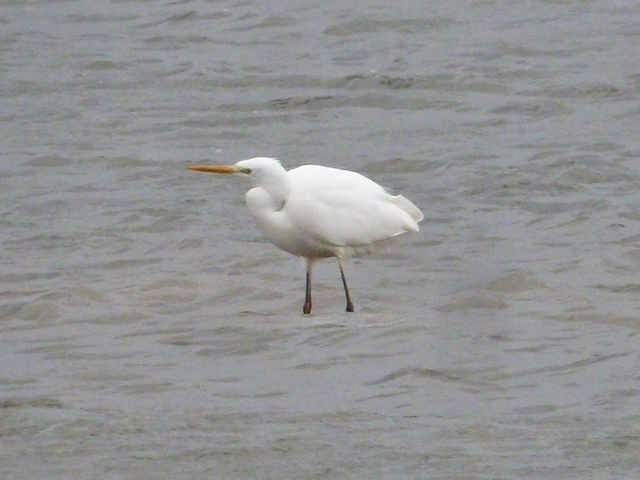 One of the 4 Great White Egrets

and 4 Great White Egrets which dropped in. After a fruitless walk to the Lapwing hide, we returned to the car park for lunch. After that we tried the North Arm of the reservoir from the Fishermans’ Car Park but with no luck there so finally drove to the dam wall where allegedly there were 2 Great Northern Divers. With free parking for the first 15 minutes, the cheap skates literally got their skates on and rushed to the shore, spotted the Diver and 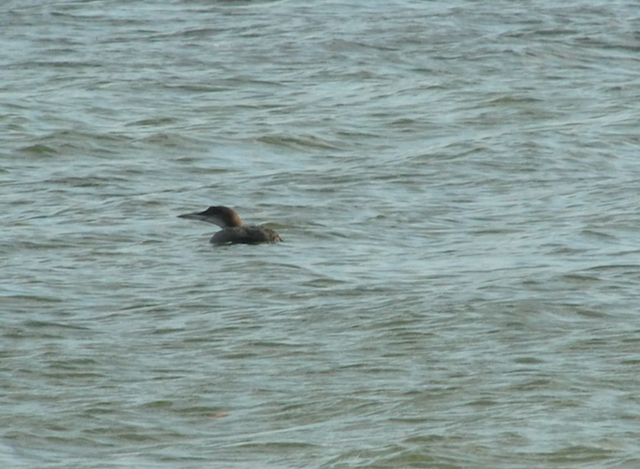 Great Northern Diver – probably a juvenile. With the bird only surfacing for 5 seconds, the limitations of digiscoping became very apparent)

rushed off again. The rest of us spent £1.70 on a more leisurely approach getting both Divers but little else (value for money?).

Group photo – Bill Padley, all others by M Kaye