Eleven members enjoyed very pleasant conditions at Whisby and with great expectations, set off to find Nightingales. Pausing by the first lake, a scan of the noisy colony of Black-headed Gulls failed to find a single Mediterranean Gull so onward to the second lake where we were all rewarded with a sighting of the normally elusive Reed Warbler. Dag and Jenny Marshall then led the group to the spot where they’d seen a Nightingale the week before. After five minutes came the unmistakeable, powerful notes of a Nightingale which then made the briefest of appearances before going to ground. The group, not satisfied with this, stood their ground in silence and were rewarded 10 minutes later by a much improved performance with all getting a sighting and enabling David White to get this excellent photo. 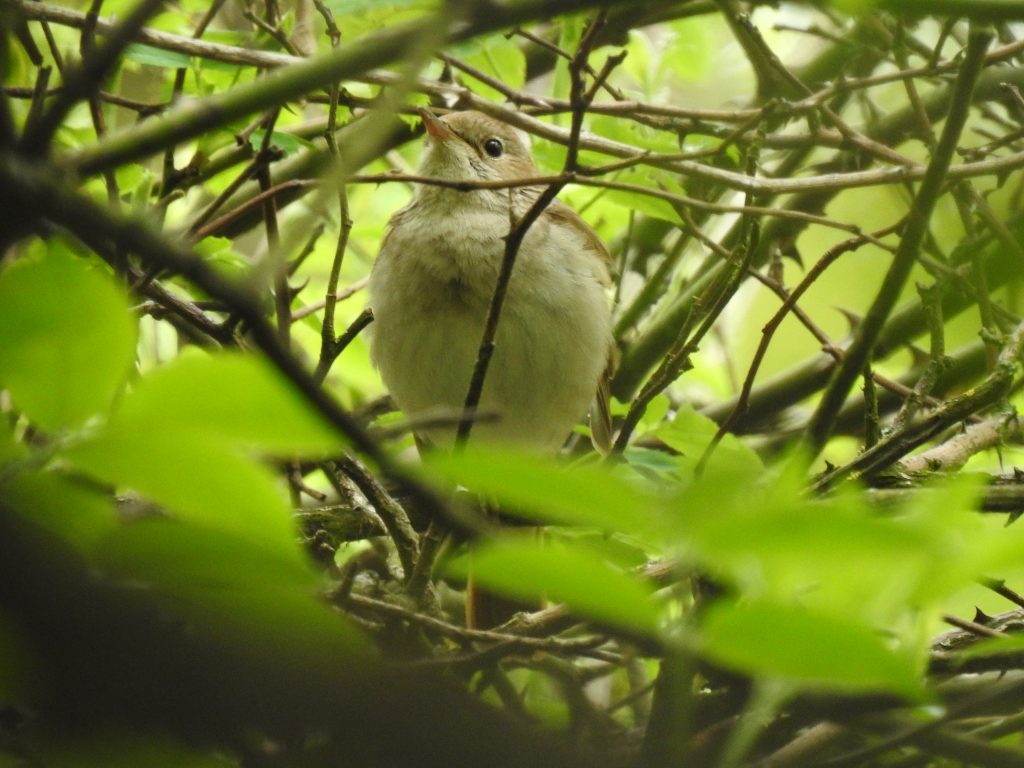 NightingaleAppetite satiated, we set off on a short circular walk, seeing and/or hearing Blackcaps, and Willow and Garden Warblers before returning to the Nightingale spot to get another fix.
Lunch was taken just outside the visitors’ centre and then it was off to RSPB Langford Lowfields. Arriving at the car park, it was noticed that the sky was turning a purply black colour and that visitors already at the reserve, seemed to be fleeing to their cars. The 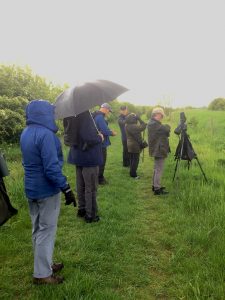 After the deluge had almost stopped

Ogston group, however, were made of sterner stuff and headed for the reserve, umbrellas held high! The heavens opened and the rain ‘tanked’ down so we huddled behind the entrance hut until the worst had passed. The sun came out and the drowned ‘rats’ emerged. Their resolve was then rewarded firstly by getting a couple of sightings of a Cetti’s Warbler and then getting grand stand views of up to nine Hobbies that put on the performance of a life time. Flying so close, binoculars were hardly necessary and easy to see them plucking insects from the air with their talons and passing the prey to their beak enabling Jenny Marshall to get this wonderful photo. Truly spectacular! 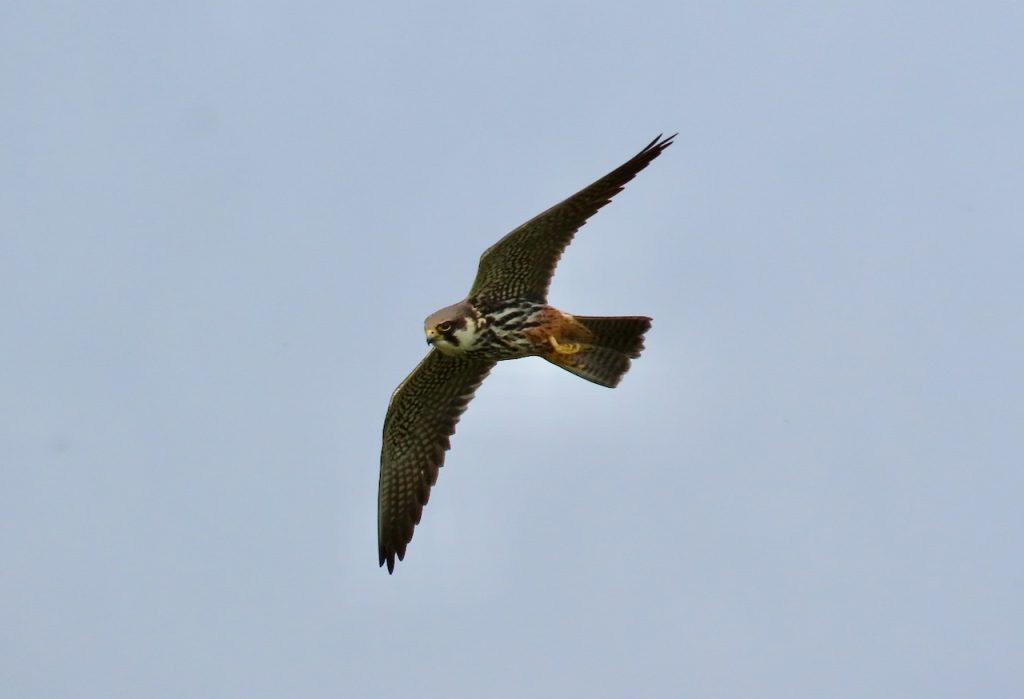 As a finale, during the walk back to the cars, a couple of lesser Whitethroats put in an appearance.
All told, 44 species identified.